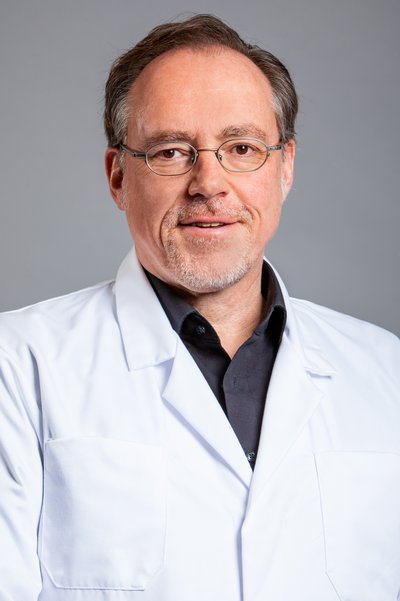 Prof. Dr. Donat Kögel studied Biology at the Ruprecht-Karls-University of Heidelberg. To obtain his diploma in 1991, he investigated the AZF region of the Y chromosome at the Dept. of Human Genetics under the supervision of Prof. F. Vogel. In 1995 he received his PhD title (Dr. rer. nat.) for his work on the human foamy virus at the German Cancer Research Center (DKFZ) under the supervision of Prof. Rolf Flügel. From 1995 to 1999 he worked as a PostDoc at the Institute of Genetics at the Friedrich-Wilhelms-University Bonn in the lab of Prof. Karl-Heinz Scheidtmann, focusing on novel members of the death-associated protein (DAP) kinase family and regulation of the tumor suppressor protein p53 by phosphorylation. From 2000 to 2002 he worked as a group leader at the Interdisciplinary Center for Clinical Research of the Westphalian Wilhelms-University Münster in the lab of Jochen Prehn working, inter alia, on the physiological and pathophysiological roles of the amyloid precursor protein (APP), pro-apoptotic BH3-only proteins and mitochondrial control of apoptosis and other types of regulated cell death. Hereafter he relocated to the Dept. of Neurosurgery in Frankfurt, continuing his studies on the pathophysiological stress stimuli and cell death signalling pathways implicated in apoptotic and non-apoptotic neuron death in stroke, Alzheimer´s disease and Parkinson´s disease while simultaneously establishing his focus on molecular cancer research/experimental neurooncology. After obtaining his habilitation in 2005 he assumed the position as head of the Experimental Neurosurgery at the Neuroscience Center. In 2012 he was promoted to assistant professor (Apl.-Prof.) and since 2018 he is an active faculty member of the German Consortium for Translational Cancer Research (DKTK) at the Frankfurt site. His current research projects aim at deciphering the relevance of organelle-specific types of autophagy for cancer cell death (as part of SFB1177, a collaborative research center on autophagy in Frankfurt and Mainz [http://www.sfb1177.de]), and at determining the molecular mechanisms of intrinsic and acquired therapy resistance in gliomas, but also in other very aggressive cancer entities such as triple-negative breast cancer (funded by the DFG) with a particular focus on pro-survival family members of the Bcl-2 family and the co-chaperone BAG3. 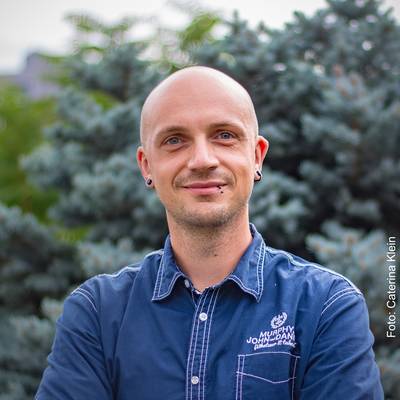 Dr. Benedikt Linder studied Biology at the Justus-Liebig-University of Giessen where he obtained his Masters degree in 2011. He completed his Master Thesis in the lab of Prof. Dr. Reinhard Dammann at the Institute of Genetics on his work about epigenetic regulation of ribosomal genes in cancer. Afterwards he located to Göttingen where did his PhD at the University Medical Center in the lab of Prof. Dr. Heidi Hahn at the Institute of Human Genetics within the Tumor Genetics group. He received his degree in 2015 on his work about the interaction of Hedgehog and Vitamin D receptor signalling pathways in Basal Cell Carcinoma. Since then he relocated to his current position where he initially worked on targeted therapies against glioblastoma using lipopolyplexed siRNAs in murine models. Additionally he initiated the work on glioblastoma stem-like cells in the lab, showing that the stem-like phenotype can be successfully inhibited using arsenic trioxide. Very recently, after obtaining start-up from GRADE [https://www.uni-frankfurt.de/51934152/Start], the graduate program of the Goethe University, he received DFG-funding for the continuation on his work on the targeting of this cell population and now heads a junior research group within the Experimental Neurosurgery. 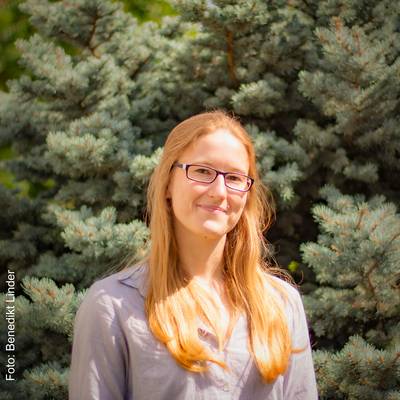 Lisa Henkel studied Biological Sciences (B.Sc.) at the Goethe-University of Frankfurt and received her degree in 2016. During her Bachelor Thesis in the lab of Prof. Dr. Anna Starzinski-Powitz at the Institute of Cell Biology & Neurosciences, she analysed the novel transmembrane protein Shrew-1 and his interaction partners. Afterwards she studied Molecular Medicine (M. Sc.) also at the Goethe-University and received her Master’s degree in 2018. After joining the Experimental Neurosurgery, she completed her Master Thesis about the genetic and mitochondrial control of autophagy induction and autophagic cell death in glioblastom